Asking for a Friend: Your Organic Gardening Questions Answered 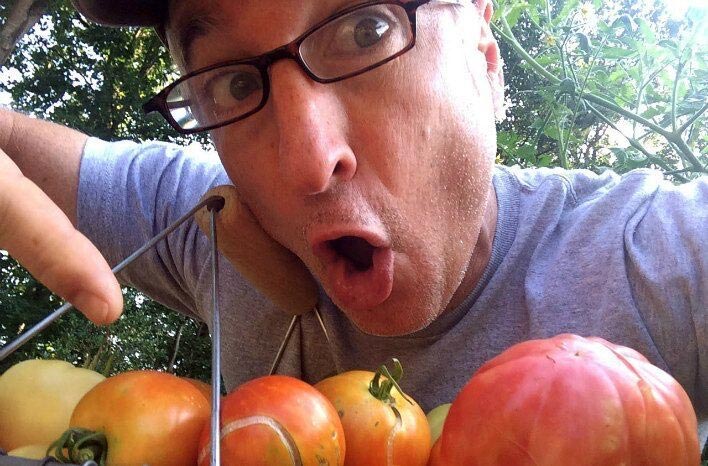 Well, we’ve arrived at the first installment of a little something we’re going to call “Asking for a Friend,” invisibly subtitled “Dumb Gardening Questions Submitted by Readers or Maybe Not Readers at All Maybe Just All My Dumb Questions but Why Would I Own up to That?”

(Also acknowledged by the highly-accessible and well-known acronym DGQSbRoMNRaAMJAMDQbWWIOutT.) (No I am not going to double check that I got all the letters right…that would simply be a waste of time. Or, as my hilarious Spaniard friend used to say, “Es una waste of time.” Which I’m just now realizing is basically the same thing.)

(How are you feeling about your time reading this post so far? Let me answer for you: WELL SPENT.)

So the premise is you email me all your gardening questions you’d be embarrassed to ask in a public forum, like say, the most excellent joegardener Facebook forum (are you a member yet? It’s super exclusive. Or maybe not at all, maybe it’s just too many adds for Joe himself to sift through in a day’s work, but keep at it. Persevere. Everybody needs a goal.)

Email me those questions to holly@diggingsuburbia.com, and I will hide you better than a Witness Protection Program. (My two investigator cop friends are shaking their heads right now. Or probably not that either because they’re way too busy preserving and protecting the rights of the fine citizens of this country to read a gardening blog. Carry on, gentlemen, nothing to see here.)

Most of this week’s questions come from a super persistent and annoying reader named Molly Hackle. Another one comes from Molly Hackle’s childhood best friend, who is most excellent at choreographing roller skating routines to Debbie Gibson’s Electric Youth (on cassette) and would be delighted to do so for your child’s birthday party or bat mitzvah. Just contact her at…

(Also, I don’t know if you heard, but it’s Deborah Gibson now.) 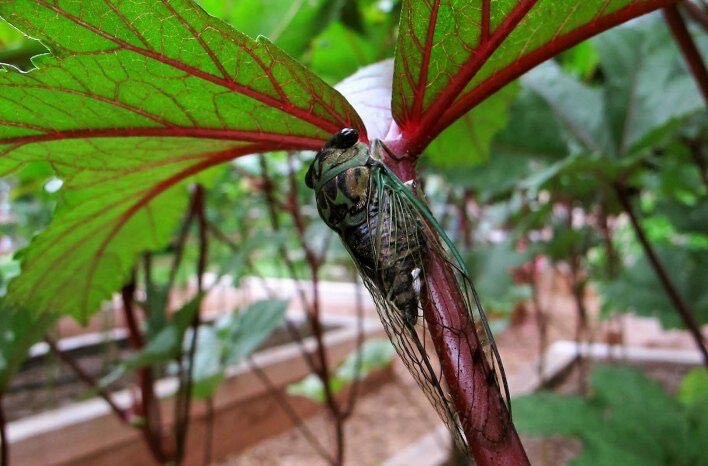 Okra, while not universally embraced as a culinary favorite, it is a beloved staple of all southerners and most cicadas.

Where does okra fall in a crop rotation? I know it’s considered a “mallow,” but what does that mean anyway? Is anything else considered a mallow? What about marshmallow?

Hi, “Molly.” Okra belongs to the mallow family (Malvaceae for the plant nerds out there). This is a big family of flowering plants containing over 2000 species. Fortunately, there are very few plants we grow in our edible garden belonging in the same family. So, it’s not likely that you’ll be planting other mallow members in the same place next season. That said, it’s always a good idea no matter what you’re growing, to keep any plants from the same family from occupying that space again for three or more years.

However, if you love your mallows, I have great news. Next season consider ditching that much-maligned okra for mallow’s favorite family member – Cacao, aka chocolate! (The downside, or upside depending on how you look at it – you have to move to Hawaii or south Florida since those are the only places in the U.S where it grows.

Not that you need even one reason to grow chocolate, here are a few. Cacao is thought to be the highest source of antioxidants AND magnesium of all foods. And for that special treat at the end of a hard day with the kids, slather up with a heaping helping of cacao butter and settle yourself into some chocolate bliss. Might as well grab a few marshmallows while you’re at it (the second most beloved mallow family member, originally derived from the marsh mallow root).

And need I even say, sandwich those puppies between a couple of graham crackers (not part of the mallow family) while you dream about that new chocolate-themed garden expansion that is sure to follow! You’re welcome. (Sorry Mr. Hackle) 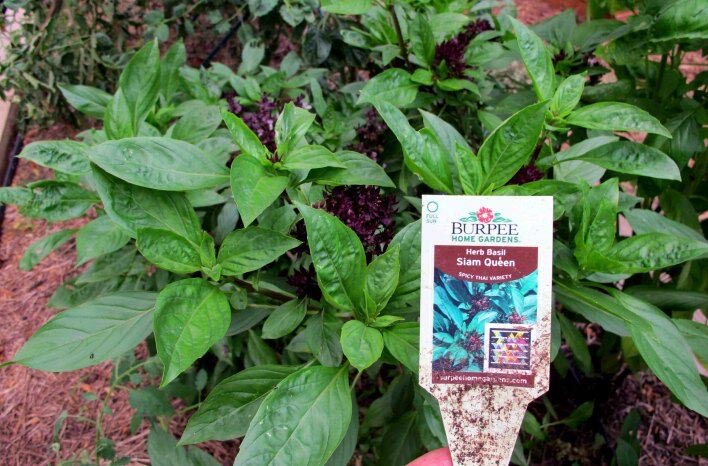 The leaves on my Genovese basil are sometimes thin and pointy. I select this variety for the wide, soft-looking leaves you would see if you were to purchase a full grown plant. Any ideas what I’m doing wrong?

Molly, in your defense, comparing your results to plants growing under perfect conditions by professional growers will automatically set you up for disappointment.

That said, thin and pointy leaves don’t scream Genovese basil to me. Some varieties of basil naturally grow that way. For example, Thai basil varieties such as Siam Queen is just one example. So part of me wonders if you’re really growing the same variety for which you are comparing your results. I suspect that may be the real issue here. Mislabeling at the nursery, or even with seed packs is far more common than you may realize.

Yet no matter which variety you are growing, here are some additional tips for basil growing bliss.

Make sure to provide well-drained soil, sufficient sunlight, and cut back your plant several times during the growing season to stimulate lots of robust new growth. And fertilize several times through the growing season. A generous amount of compost mixed into the soil or around the base, combined with regular applications of an organic nitrogen source such as liquid fish emulsion should produce results to rival the best of the store-bought versions. 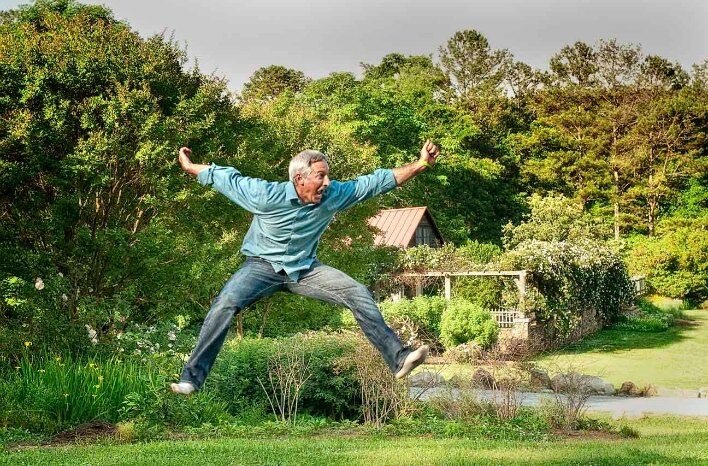 Dear Norm Abram – does this really look like someone you want to mess with in the garden?

If you were to get in an arm-wrestling match with Norm Abram, where do you think my betting money would be safest?

Sincerely,
Challenged to a bet by Molly Hackle

Well, I think it comes down to home field advantage. Put me inside a house under construction around electrical wiring or exposed pipe, and I confess, I’d be plumber’s putty in the hands of Norm Abram. It’s like kryptonite to Superman.

But you take that arm-wrestling match outside to a garden, and I have self-declared superpowers. In the infamous words of the highly-esteemed Mr. T, “I pity the fool” who tries to mess with me in the garden.

My advice – see if you can defer the wager until after the coin toss.

Well, that’s it for today, folks. As you can see, we’re going to need someone to suppress the incessant Molly Hackle. Is it you? If so, send your question right on along to holly@diggingsuburbia.com, and I’ll let you know when your answer will appear. Until next time, I’ll leave you with some advice from my bittiest bitty:

“You have to do a roll to stay away from the hot lava to go to the mermaid magoon.”

And if this sounds intimidating, keep at it—persevere just like getting into the joegardener Facebook group. You got this.

4 Responses to “Asking for a Friend: Your Organic Gardening Questions Answered”