The Only Thing We Almost Ran Out of Were Tattoos 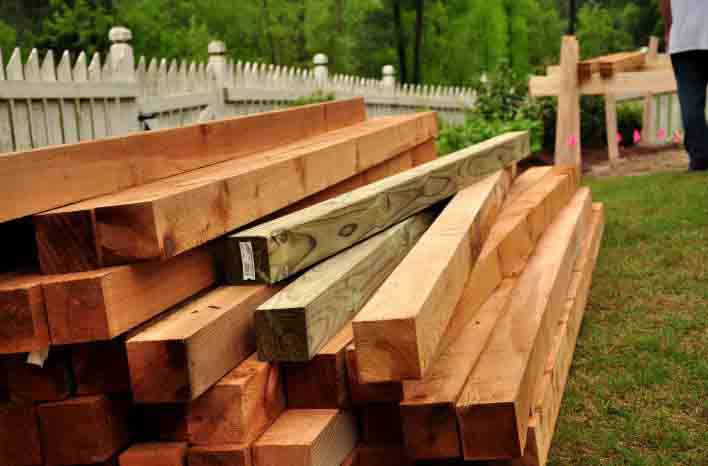 This is the story of our raised beds.

When I reflect back on it, it seems like it was someone else’s story, but then I glance out into the yard, and my heart jumps a little, and I remember, “HEY, THAT REALLY HAPPENED.”

(This seems like as good a time as any to thank my husband, David, for his kindness toward me, his willingness toward this project, his longsuffering, and also his ability to plate a Hot Pocket like a James Beard award winner.)

This was a Big Day not for the faint of heart. And to make this Big Day happen we employed The Big Guns.

These were not your average dudes. No, these were mans among men. And they were kind and helpful, went above and beyond when it came to precision and craftsmanship, and we couldn’t be more pleased with the outcome. (Also, it probably didn’t hurt that I kept them running on cookies and Starburst for the better part of the day.) 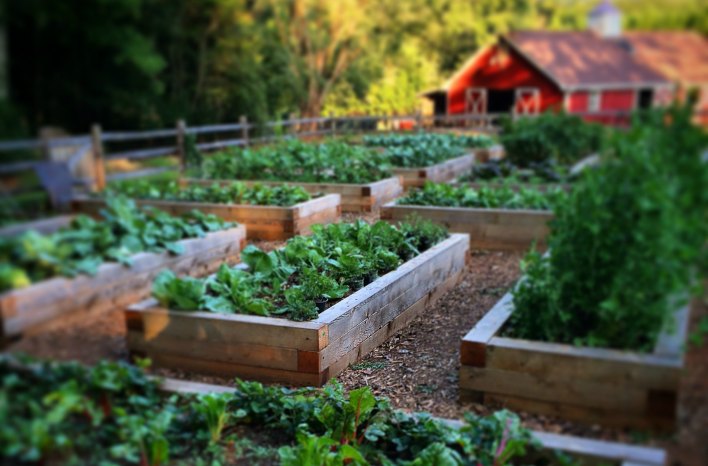 Joe Lamp’l’s raised bed garden was the original source of the inspiration to build a version of that in my backyard.

The project was heavily inspired by Joe Lamp’l’s home garden set created for Growing a Greener World. (And maybe I made the contractors watch the segment before they bid the project…OCD much? Why yes, yes I do.)

David was very pleased with the look of Joe’s 6×6 cedar timber beds, and that’s why we decided to go with cedar, albeit 4×4’s because HELLO DOLLA DOLLA BILLZ.

Years ago, we looked into having our yard flattened, but it was cost prohibitive. Thankfully Big Guns knew how to set up a plywood structure so they could have the ability to reverse measure off the property’s odd grade.  So enter complicated math:

They set in the first posts and leveled. Then they began the offset stacking. As anticipated, the deepest corner was the most complicated to set structurally. 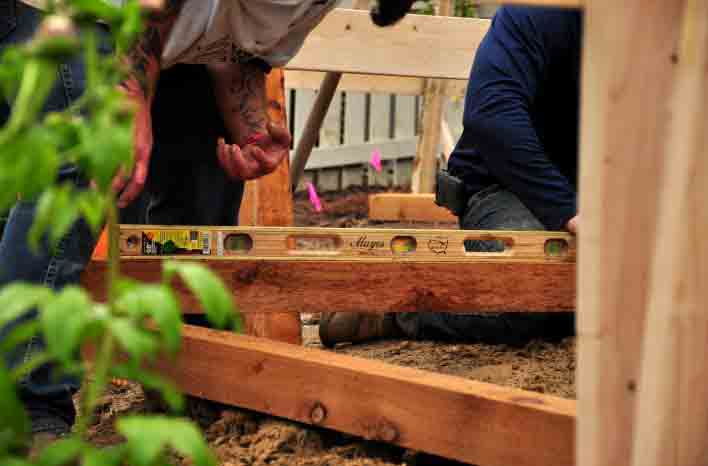 From there, things started to move pretty fast.  As I may have mentioned before: seven dudes. 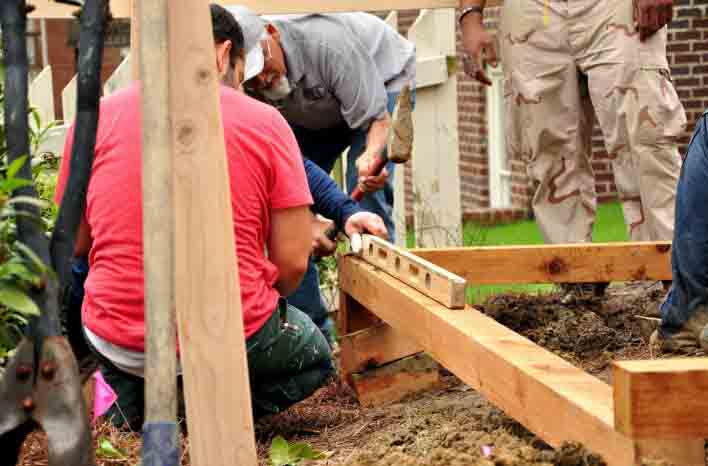 They drilled in and set rebar stakes down through the bottom level for added stability. (Yes, that is an aluminum foil “Band-Aid” on his hand. The mom in me can’t talk about it.) 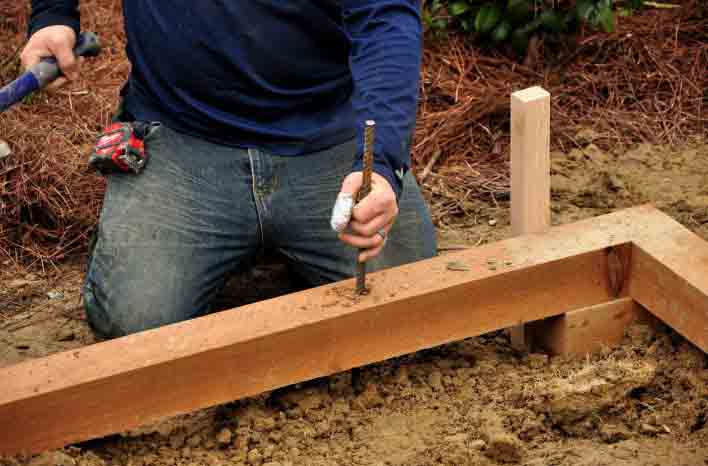 (Please keep in mind that there is a 100% chance I am grossly over-simplifying this project.) 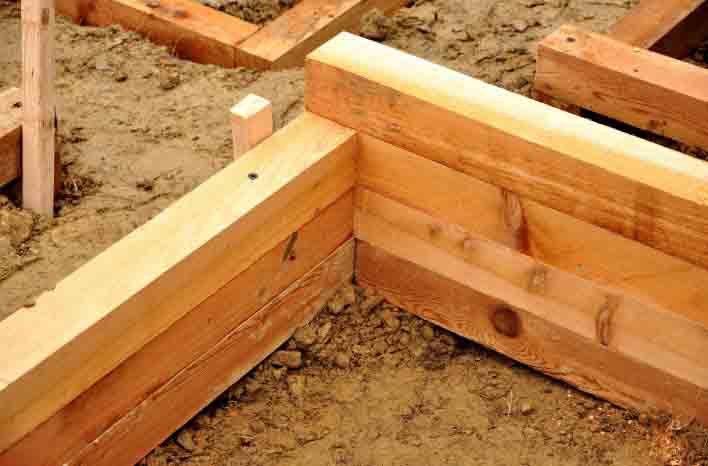 I knew I didn’t want any portion of any of the beds to be less than 12″ in depth for planting purposes, so to make the flow easy on the eyes the height of each bed had to vary (pretty drastically) based on the wonky slope of the yard. 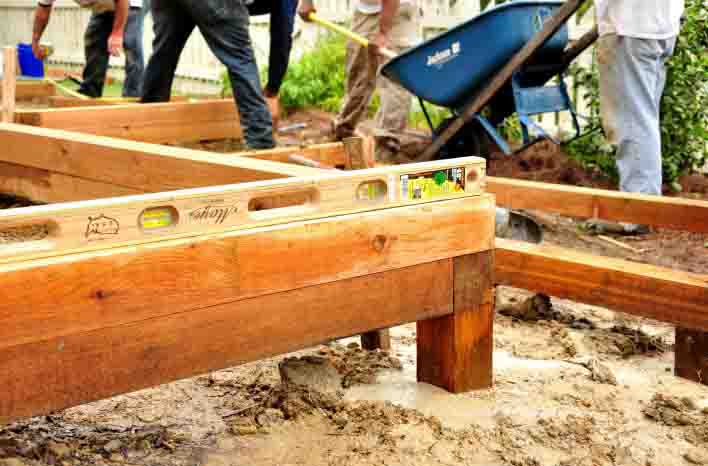 Shim was cut and placed in the odd-angled corners. Landscape fabric was the choice for lining the inside bottom, and just the inside walls of the beds were lined with a thick plastic to (hopefully) get better life out of the cedar. 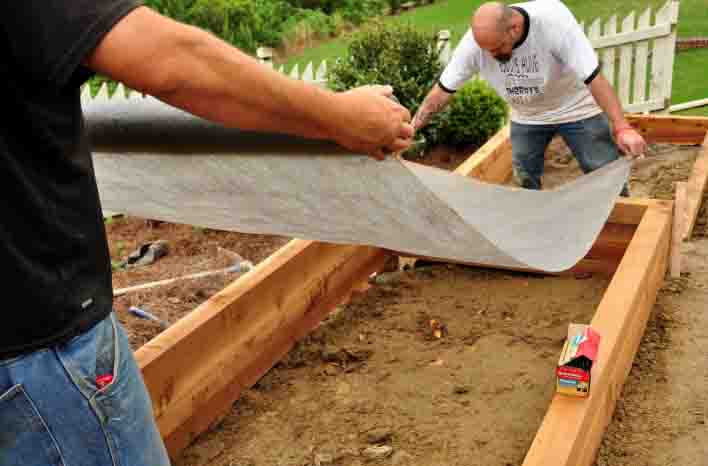 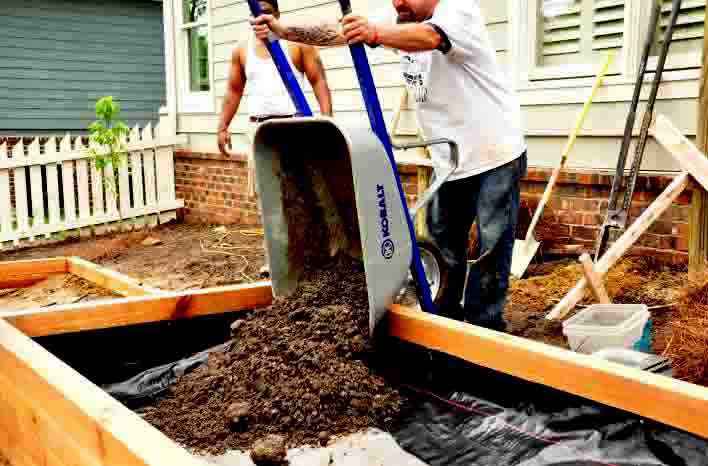 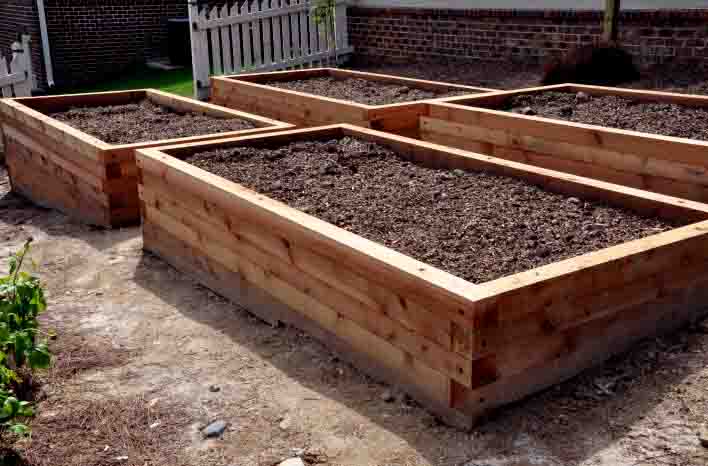 I sure do think they’re pretty.

(The raised beds–not the guys.) 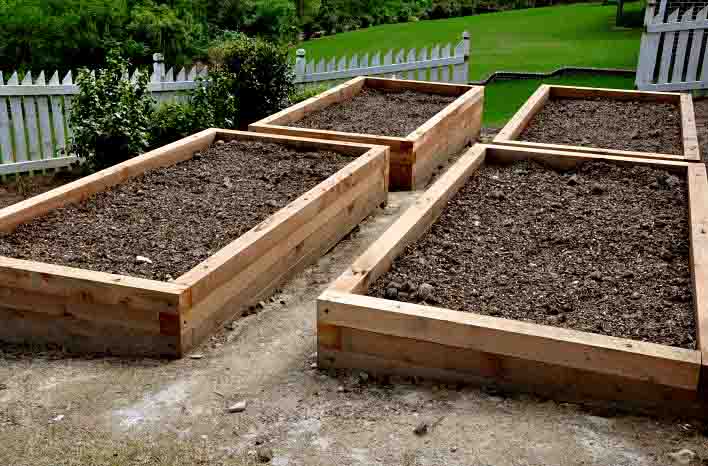 We’ve named them. (Again, the raised beds, not the guys.) I’ll introduce you later.