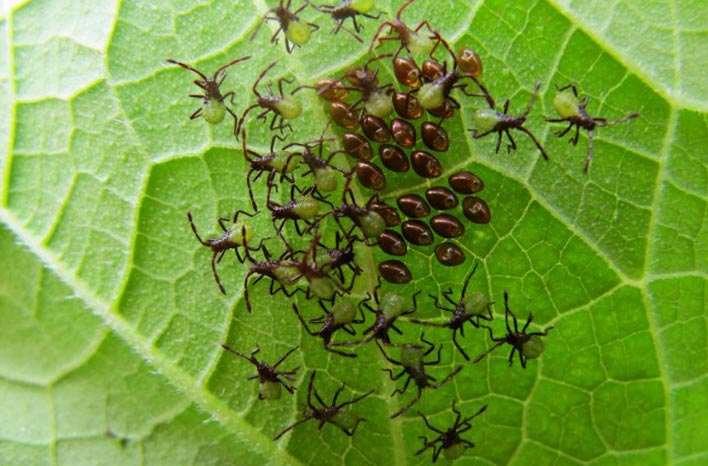 In this podcast, we’re talking organic pest control with Dr. Jeff Gillman. While currently the Director of the UNC Charlotte Botanical Gardens in Charlotte North Carolina, Jeff has spent his career getting to the truth behind the rhetoric in matters involving both the garden and the environment. 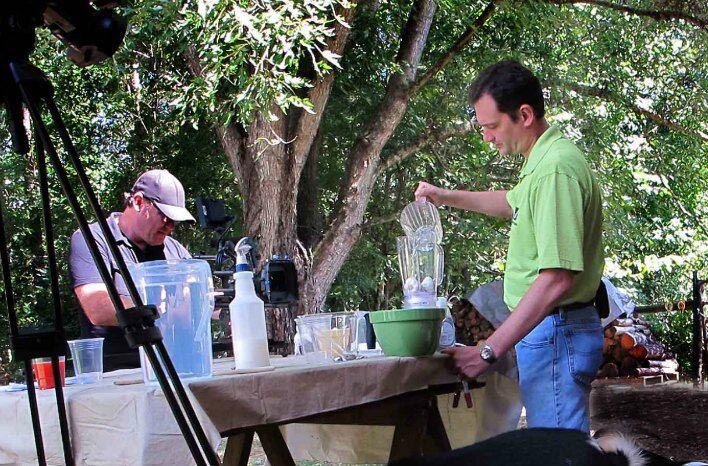 During the filming of episode 419 for Growing a Greener Word, Jeff is making a homemade insect pest repellent of blended garlic and hot peppers.

Jeff holds a master’s degree in entomology and a Ph.D. in horticulture. He has worked as a Professor at the University of Minnesota where he taught and conducted research on a variety of horticultural topics including extensive work on organic weed control.

Right off the bat, we learn Jeff’s favorite organic pest control. It’s his thumb and forefinger. If you can get over the ick factor, manual controls do provide instant results and are extremely beneficial. In fact, it’s the most targeted and effective pest control method available period. 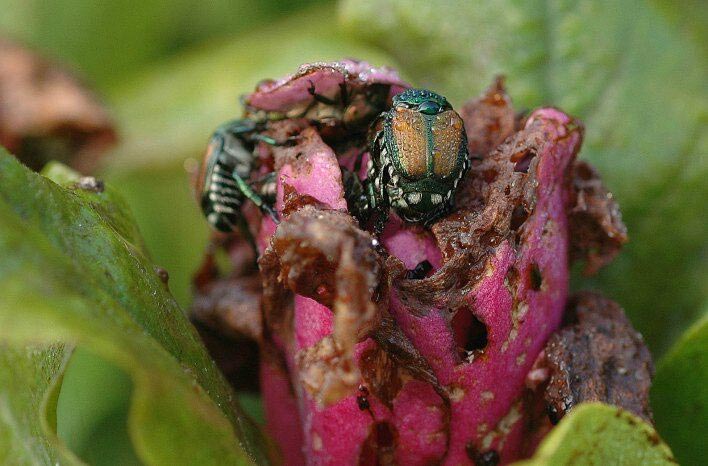 Japanese beetles are one of the hardest pests to control with organic solutions, yet surprisingly easy to tap into a cup of soapy water in the early morning.

Japanese beetles are nearly impossible to control safely with chemicals. But they are an easy target for knocking off into a cup of soapy water, especially early in the morning when they are still inactive.

Insecticidal Soap is a favorite go-to organic control for soft-bodied insect pests. While it’s very effective for a wide range of insects while they’re young, the desiccating effect that mortally affects all soft-bodied insects (bad and good), has little to no effect on pests impervious to the same method.

Although aphids and other soft-bodied insects are good candidates for insecticidal soap, the bottom line is that you should know what insect is on your plant before you decide to start spraying.

You can make your own insecticidal soap using 1 – 2 tbsp. of dish detergent in a gallon of water. However, mix it too strong, and you’ll burn your plants. Jeff advises buying a ready-made formulation with little risks of burning your plants.

And for aphids, as well as many other small pests, a stiff blast of water works extremely well to knock them forever off your plants. 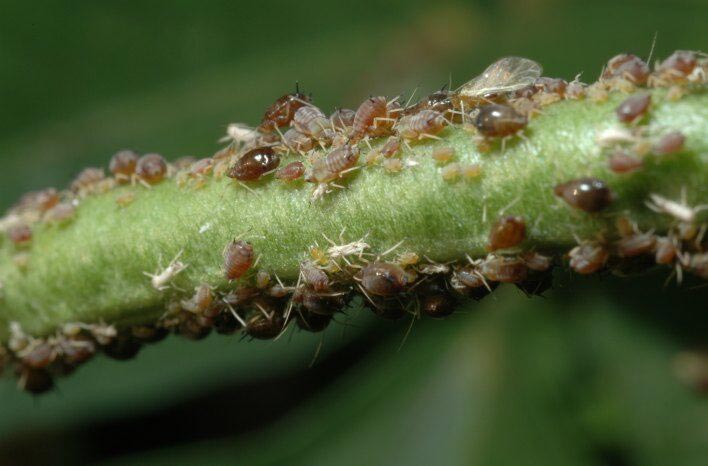 Insecticidal soap is very effective against aphids and other soft-bodied insects. But as a non-selective control, it’s equally lethal against beneficial insects too. Know thy enemy before spraying!

Favorite insecticide of all time: B.t (Bacillus thuringiensis) – Highly selective and works very well on targeted pests while being very safe on everything else. Comes in a powder for dusting or in a liquid form. Either way, the caterpillar must ingest it to be affected. Be aware that B.t. will kill all caterpillar larvae, including butterfly larvae. So as with all pesticides, use with discretion. 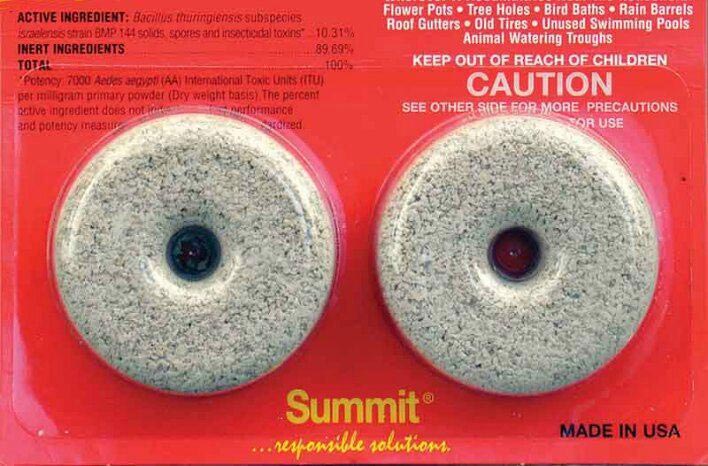 B.t mosquito dunks are a great option for standing water, such as bird feeders or small ponds.

Most underwhelming organic control: Neem oil. Although somewhat toxic, in terms of efficacy, it’s not that effective. If it’s toxic but doesn’t work that well, Jeff doesn’t see the point of using it. Neem is marketed as an antifeedant, miticide, fungicide, and pesticide. But according to years of testing by Jeff, he doesn’t find that it works very well at anything.

Most difficult pest to control organically: Squash bugs – Jeff and I are both frustrated trying to deal with squash bugs beyond “squashing.”

Most effective non-chemical pest control: A physical barrier or row cover is a very effective and the only practical solution. The premise is that the barrier prevents an egg-laying adult, such as a moth of the cabbage worm, from laying eggs onto the host plant. 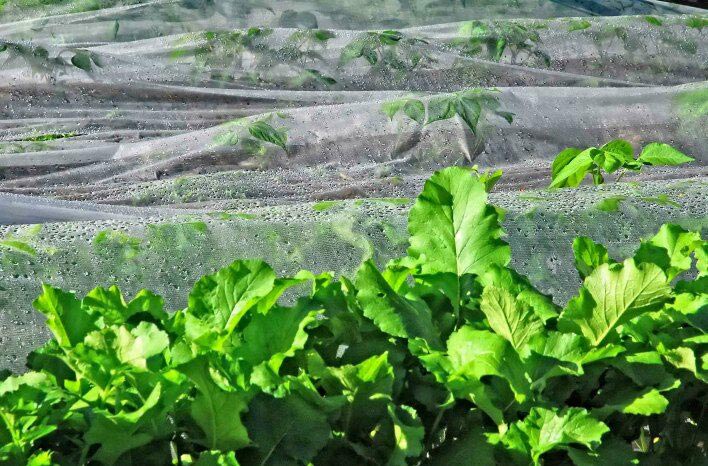 Floating row covers are the classic physical barrier that is most effective in preventing many pests from reaching the target host plants. Light, air, and water still get through, while effectively keeping pests out.

Physical barriers, often referred to as floating row covers (or simply row covers) are light enough to rest directly on top of plants, while allowing air, light, and water in, but excluding the ability of offending pests to reach their target.

Companion Planting: A technique where a decoy plant attracts, repels or confuses insect pests from attacking the plant you are trying to protect.

The key to companion planting is having many crops mixed together. But don’t plant everything the same together. Mix it up, so pest insects don’t have everything they want to attack all in the same location. Mix them up as much as possible.

Common organic repellents: Neem oil, hot pepper or garlic spray (can also kill). These options only work OK. If the pest is hungry enough, repellents won’t be enough to stop them.

Slugs and snails: Most common consumer control contains the active ingredient, Metaldehyde. This is NOT recommended because it is quite toxic to animals.

Iron phosphate: Slugs and snails overdose on iron. The problem is that it’s not safe for pets because it contains EDTA, a chemical that makes iron more available. If a dog eats this product, they’ll have iron poisoning. While it is the safer option, it is not completely safe, especially for animals.

Beer traps: Jeff’s favorite control. Sink a bowl or jar into the soil. Fill to an inch to the top but not all the way. Slugs fall in and drown. For a beer substitute, try using yeast and water with a little sugar added. 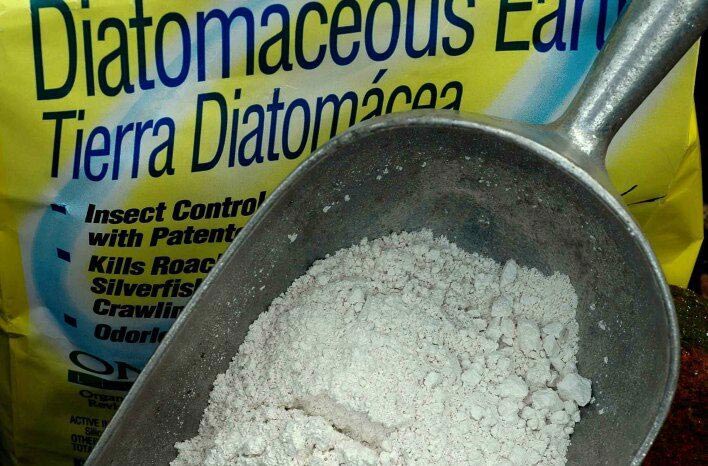 Diatomaceous Earth (DE) is a fine white powdery substance consisting of glasslike chards that cut into snails and slugs resulting in lethal desiccation.

Diatomaceous Earth (DE): The Best barrier for slugs and snails. According to Jeff, it’s the only reliable option. DE is made up of single cell organisms that have glass as a skeleton. Do not inhale it. Can cause severe damage to your lungs.

Traps for Japanese beetles: Bottom line, they bring in more beetles than they catch. Better not to use or if you do, place in neighbor’s yard.

The bottom line and key to effective organic pest control is to use physical control as much as possible.

Our next podcast closes out this three-part series with Jeff Gillman. Episode 009: Organic Disease control

The Truth About Organic Gardening book by Jeff Gillman

The Truth About Garden Remedies book by Jeff Gillman