166-Tracing the History of Heirloom Seeds, With Seed Savers Exchange 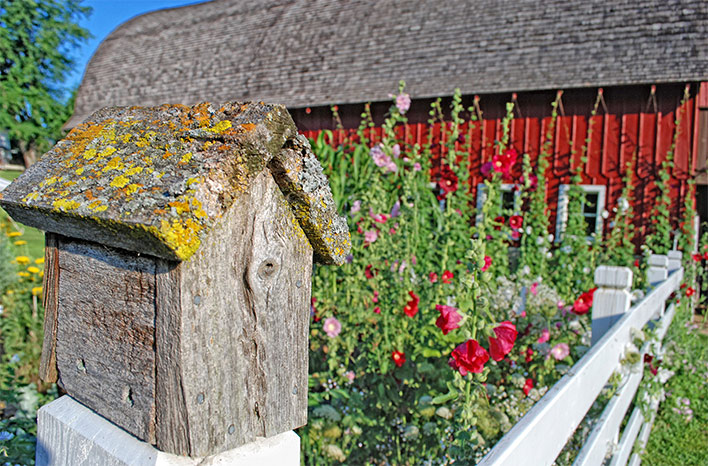 Every seed has a story to tell, if someone will listen. This week, I asked Sara Straate, the seed historian for Seed Savers Exchange, to come on the show and explain the work that goes into tracing the history of heirloom seeds that, in many cases, came to the exchange after being saved for generations by home gardeners. Seed Savers Exchange in Decorah, Iowa, is one of the country’s largest non-governmental seed banks, with more than 20,000 varieties in its ever-growing collection.

Sara has a degree in horticulture from Iowa State University and worked at public gardens for a number of years before joining Seed Savers Exchange in 2011. There, she exercises her love of history and genealogy to document the varieties in the seed bank, further research the lineage of seeds and reveal the stories behind the seeds. Through seed, Seed Savers Exchange traces the gardening history of the United States. 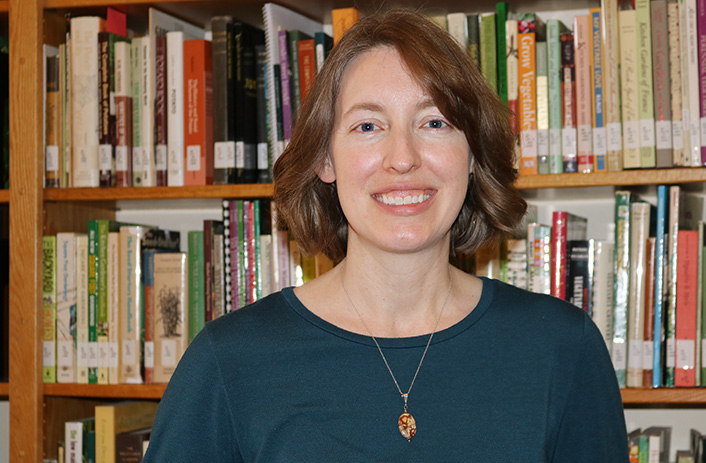 There is a record that goes with every variety that’s kept in the Seed Savers Exchange seed bank, and Sara’s job is to look for missing pieces of information to better tell a seed’s story. Using clues such as the name or address of a seed donor, Sara sets out to learn more about where the seed came from and how it was bred. She says that while it’s a challenge to reconnect with donors who gave seeds to the seed bank 20 or 30 years ago, it’s also rewarding.

Sara doesn’t stop at asking who grew a seed variety and where. She also wants to know, why is this variety special to you? What is it about that lettuce, that tomato, or that bean that has kept you growing it year after year? It could be a favorite recipe, or a reminder of a special person. Whatever the reason, Sara says there’s usually a sentimental attachment to the seeds.

One memorable story for Sara is the tale of Grandma Hadley’s lettuce, which came to exchange in the 1980s from an Arizona woman named Pam who had received the seed from her Aunt Flossie. Flossie was born in 1903, and it was Flossie’s grandmother who passed down the seed to her. So this is a seed with long, well-documented lineage.

However, the first time Aunt Flossie mailed Pam seed, she accidentally sent some of the grass seed that she kept in a container next to the Grandma Hadley’s lettuce seed. When the seedlings began to emerge and looked nothing like lettuce, they had a good laugh. Pam did get the right seed eventually, and she shared with Seed Savers Exchange that the family enjoys growing this lettuce to use in wilted lettuce salad. With some hot bacon dressing on top, the lettuce becomes wilted without becoming a soggy mess — and this was a trait they wanted to preserve.

Sara says uncovering the stories behind the seed and the connections to many families is the fun part of her job.

Most frequently, donors to Seed Savers Exchange are home gardeners from around the United States who have been growing a variety for many years. Some seeds have been passed down from parents and grandparents, and that kind of long family stewardship is exactly what Sara is interested in knowing more about. The next time Seed Savers Exchange makes a variety available to its 13,000 members or the public at large, the story will be shared along with the seeds. 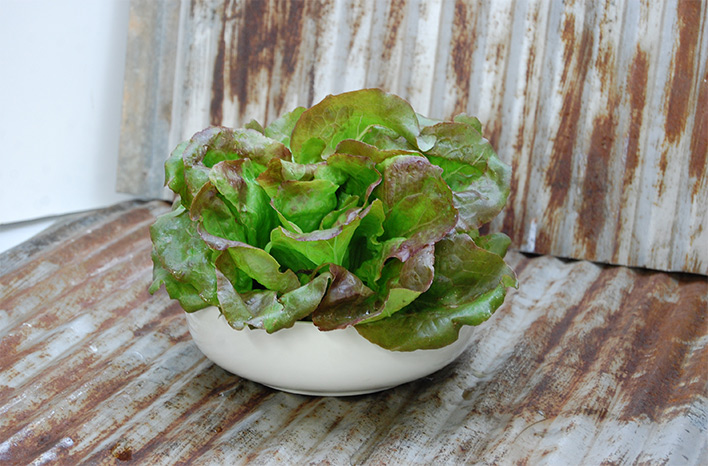 Grandma Hadley’s lettuce came to SSE in the 1980s from an Arizona woman who had it passed down to her through several family generations. This is one example of a seed with a long, well-documented lineage. (photo: Courtesy of Seed Savers Exchange)

In other cases, two different seeds may come into the collection that have different names, but appear identical genetically. Again, as long as the stewardship history is special and unique, will be considered a distinct variety.

Seed Savers Exchange does not conduct any DNA testing or genetic analysis in-house, but does occasionally work with partners who have that capacity. For instance, the exchange has sent potato samples from its collection to the University of Wisconsin-Madison Potato Breeding & Genetics Program for DNA analysis to identify duplicate commercial potatoes cultivars. 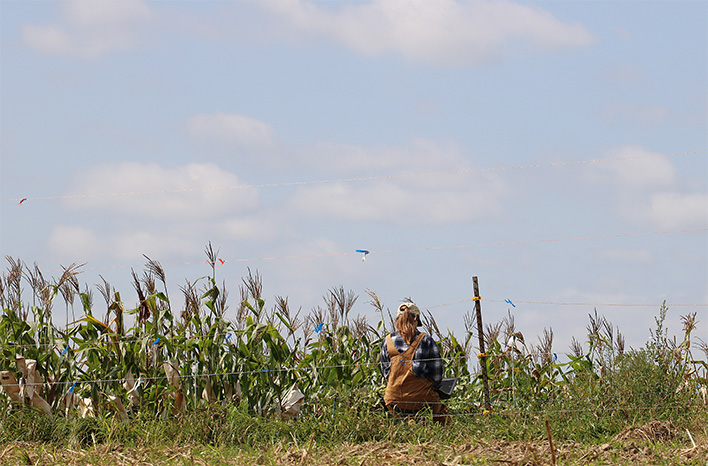 Seed Savers Exchange categorizes seed varieties a number of ways and distinguishes between heirloom, historic and modern. While an heirloom is an old cultivar that gardeners or farmers planted and saved over many years while avoiding cross-breeding, historic seed varieties, according to Seed Savers Exchange, are those that have been introduced to the U.S. seed trade before 1950. Seeds that came on the market from 1950 forward are considered a modern commercial variety.

The term “heirloom” to describe a class of seeds dates back to the late 1930s, when horticulturist, plant breeder and bean collector J.R. Hepler of the University of New Hampshire began using the term to describe beans that were “family treasures,” according to an account by J.R. Hepler’s son, Bill Helper.

While definitions of what qualifies as heirloom differ, Seed Savers Exchange has decided on 20 years of documented stewardship. Sara explains that it doesn’t have to be just one gardener maintaining the seed for 20 years. It could be a series of gardeners who have shared the seeds with each other. Believe it or not, a seed first planted and saved in the year 2000 could now be considered heirloom.

Not all seeds in the Seed Savers Exchange collection were donated. To preserve seeds that were once commercially available but are no longer in widespread circulation, Seed Savers Exchange will purchase seeds from another seed bank, such as the U.S. Department of Agriculture’s collection in Fort Collins, Colorado. Varieties that disappeared from the market as seed companies have gone out of business or been acquired by larger companies can then be put back into circulation. 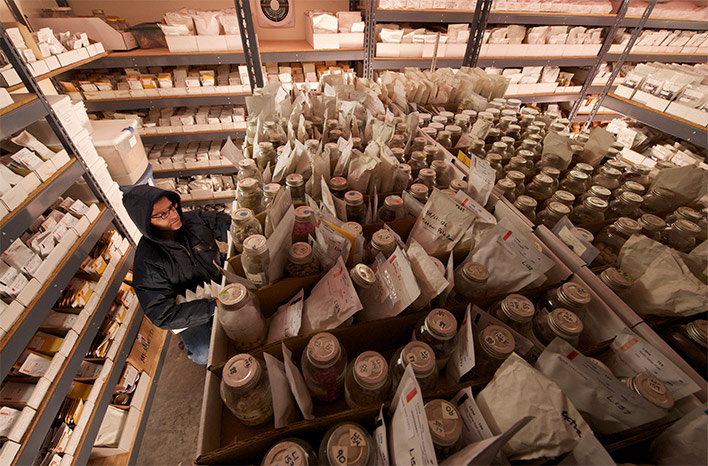 Some seed varieties that were passed down for generations could have been lost to history if not for seed banks like the one maintained by Seed Savers Exchange. When a seed bank puts a seed back into circulation for growers, it’s like uncovering an artifact.

To that end, Seed Savers Exchange is working with native farmers and indigenous communities to return seeds into production that those communities originally grew. Sara says being able to get seeds back into the hands of folks who have a deep and enduring connection with the varieties is extremely important to the exchange. This year, the organization has partnered with Meskwaki Nation in Iowa, the Oneida Nation in New York, and Dream of Wild Health in the Minneapolis–Saint Paul region of Minnesota. Seeds that these communities provide are being grown at the exchange’s Heritage Farm in Decorah, Iowa, while the exchange is providing seeds from its collection to the communities’ farmers. The growers will keep the produce they grow while providing more seed to Seed Savers Exchange to replenish the stock of those varieties.

Seed Savers Exchange has dubbed the effort the “Rematriation Project” — a play on the word repatriation — to honor the women who were the primary gardeners and caretakers of seed in indigenous communities. 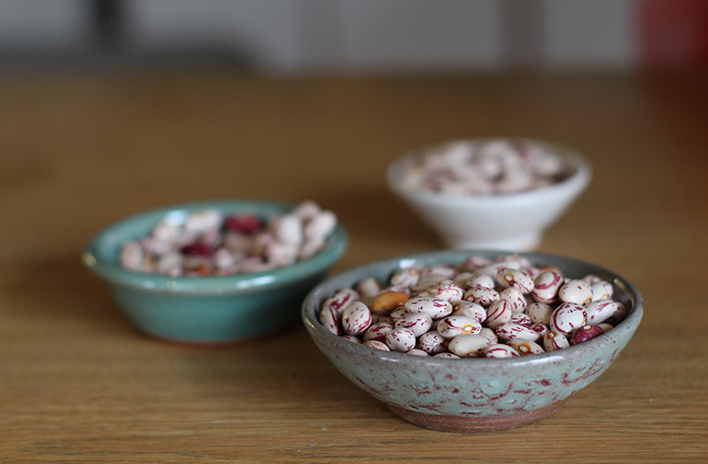 These Early Mohawk Bush Beans are part of the “Rematriation Project” which honors the women who were the primary gardeners and caretakers of seed in indigenous communities.
(photo: Courtesy of Seed Savers Exchange)

Of the 20,000 seed varieties that Seed Savers Exchange has in its collection, a changing cast of about 600 of those is featured in the exchange’s annual catalog in a given year. But that doesn’t mean gardeners can’t get their hands on the other 19,400 varieties. Seed Savers Exchange facilitates gardener-to-gardener sharing on its website, and membership is not required. The virtual seed swap has tens of thousands of listings, some that are in the Seed Savers Exchange collection and some that gardeners from around the country are just happy to share. 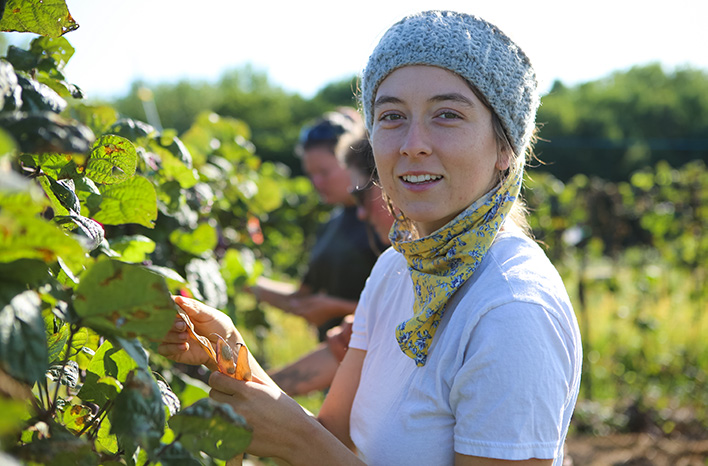 The preservation field crews harvest crops like these beans to distribute and to save for future generations. (photo: Courtesy of Seed Savers Exchange)

If you haven’t already listened in on my conversation with Sara Straate, you can do so by scrolling to the top of the page and clicking the Play icon in the green bar under the page title.

Do you save seeds that you or your family have a long history with? Share with us in the comments below.

joegardenerTV YouTube: How to Know if Seeds Are Still Good

GGW Episode 911: High Mowing Organic Seeds: The Power of a Seed to Change the World

The Origin of the Term Heirloom

Park Seed® – Our podcast episode sponsor and Brand Partner of joegardener.com – Use code Joe20 for 20% off your next order

Exmark – Our podcast episode sponsor and Brand Partner of joegardener.com