031-Botanical Latin 101: The Non-Geek’s Guide to the Language of Plants 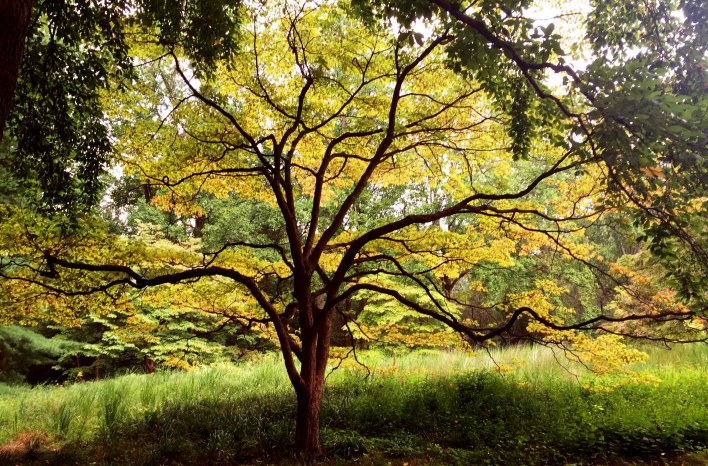 Learning Botanical Latin 101 is the gold standard for gardeners who really want to start expanding their knowledge of plant names. But finding resources for learning the official language of plants can be a challenge.

Few classes are offered to the public around the country on the topic (Botanical Gardens are your best bet), and books on the binomial nomenclature of plants, even when they’re written for beginners, can quickly feel overwhelming.

So with the understanding that we recognize all the hurdles to learning botanical Latin, we’ve recorded this podcast with you in mind.

Our mission is to disarm these perceived threats and knock down whatever barriers are blocking your path to achieving a greater understanding of botanical Latin.

The following information is provided by our guest expert today, Jennifer Bakshi.

1.  Common, English names are not Universal.  They may vary from region to region and they are certainly not used in other countries where other languages are spoken.

2.  One plant may have several common names.  Amelanchier, for example, is known by some as Shadblow, others call it Juneberry, and still, others know it as Serviceberry.

3. One common name may refer to several different plants.  The common name Ironwood may be applied to a large number of trees known for hardwood.  A few are Carpinus caroliniana aka American hornbeam, Holodiscus discolor aka Ocean spray, Ostrya virginiana aka Hophornbeam.

Additionally, some common names, such as Spanish moss are very misleading.  In this case, as the plant it refers to is neither Spanish nor a moss.

Carl Linnaeus, the father of modern taxonomy, was born in Sweden in the early 1700’s. As a young man, he went to university to study medicine.  At that time, there was no formal study of botany, rather, plants were studied under the auspices of medicine; after all, plants were the pharmacy of the day.

He eventually became a professor himself and trained the whole first generation of plant hunter-botanists to go out into the world to send back samples and descriptions of plants everywhere.

He spent most of his life classifying all known plants into appropriate genera and creating names for new genera as needed.  He is responsible for the binomial system we still use for naming plants today.  Many plants bear the names of Linnaean students. 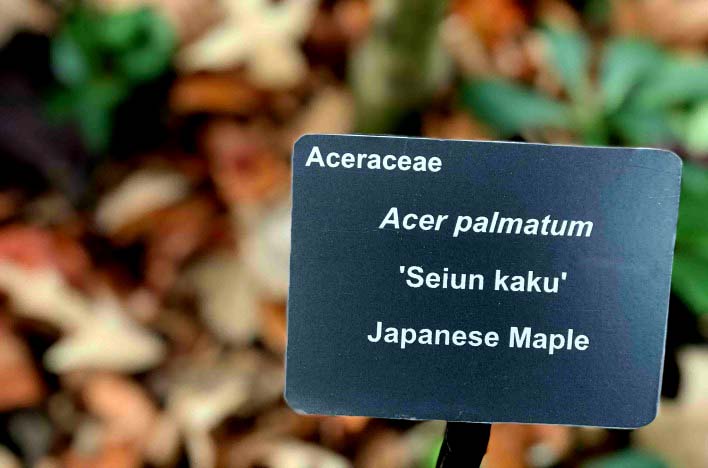 Having a familiarity with Botanical Latin greatly adds to the pleasure of understanding more about every plant.

A binomial is a name consisting of two words.  Every botanical species name is a composed of two words; the first is the genus name,  and the second is called the specific epithet.

Originally, Linnaeus classified all plants under a genus name and then described every plant in detail.  Eventually, he started putting little shorthand names in the margins of his notes to remind him of which plant was which.  These shorthand names became specific epithets.

A genus is a group of very similar species.  The genus, Acer, for example, is the maple tree genus.  Within the genus, there are many different species of maple, paperbark, red,  Japanese and more.  Here are the binomial names for these species:

How to Pronounce Botanical Latin names

Remember, Latin is a dead language so there are no hard and fast rules.  However, we try to follow the Classical Latin rules of syllabic stress, which are…

As far as letter sounds are concerned, there are just a couple of tricks that will make life much easier:

1. The digraphs ae and oe are treated as a long or short e.

But, for some reason, in this word oe is pronounced with a short e sound:

3. A final vowel is always voiced and is always long, except a which is voiced, but short    (uh):

This list is not even close to comprehensive, but just these few examples of Latin adjectives are used over and over as specific epithets in combination with different genus names to create a large number of species names.

In some cases, you will see, I give the word with 3 different suffixes – that is because genus names are nouns and Latin nouns have gender; masculine, feminine or neuter – in most cases the specific epithet is an adjective that has to reflect the gender of the noun it describes (the genus name) and it does so by changing its suffix.

Campsis radicans – Trumpet creeper or trumpet vine. Any one who knows this vine, knows how aggressively it roots and spreads, even under hard paving.

Woodwardia radicans – Chain fern. Rooting plantlets appear at the tips of the fronds.

Rubus fruticosus – Blackberry. Was the author of this name confused? Did he think fruticosus meant fruity? You never know – sometimes plant name authors have a sense of humor too.

Potentilla fruticosa – Potentilla, cinquefoil, a very twiggy shrub. Interestingly, there is a Potentilla simplex too!

5a. suffruticosa: rather shrubby.

Sciadopitys verticillata – Umbrella pine (you have to love to say this name!)

Lespedeza thunbergii – Bush clover. If you don’t know this lovely, late blossoming, pea-flowered shrub, you should!

Brunnera macrophylla – Siberian bugloss.   A lovely herbaceous plant with huge heart-shaped leaves and a spring show of blue, forget-me-not flowers that dance above the foliage – and the deer do not eat this!

Acer macrophyllum – Bigleaf maple, Oregon maple – maybe the largest species in the genus, this native maple is found mostly along the Pacific coast.

Dictionary of Word Roots and Combining Forms by Donald Borror

A to Z of Plant Names by Allen Coombs

0 Responses to “031-Botanical Latin 101: The Non-Geek’s Guide to the Language of Plants”