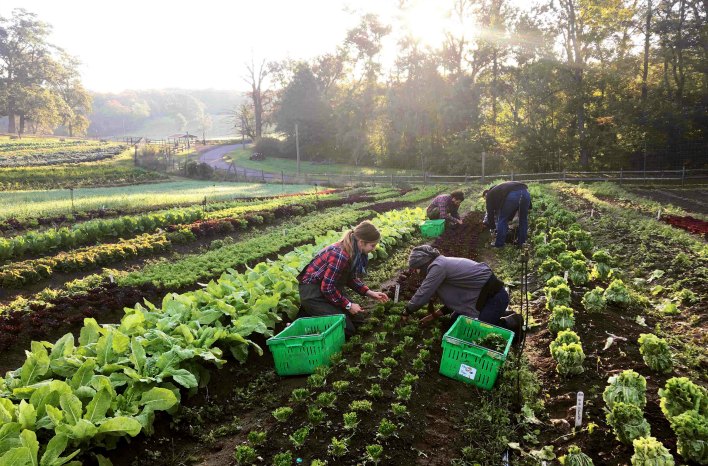 This episode is a fascinating discussion with one of the great chefs and thought leaders of our time. What Dan Barber so passionately and eloquently shares in this podcast I cannot do justice by trying to translate it into show notes. So I won’t.

To fully appreciate Dan’s message here, it needs to be heard, in his voice. To do that, just click the arrow in the green bar above and prepare to take it in. I promise, what he has to say in this interview is well worth the listen. 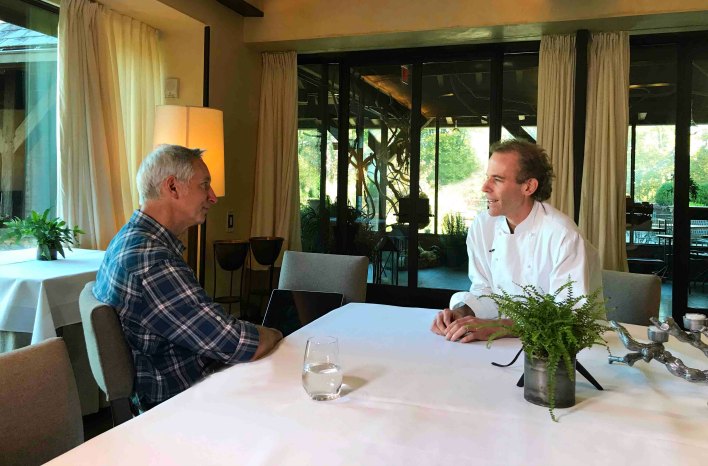 The audio used for this podcast was captured from Dan Barber’s interview with Host, Joe Lamp’l for an upcoming television episode for Growing a Greener World, season 9. Here, Joe and Dan during that interview, recorded in one of the private dining rooms at Blue Hill at Stone Barns.

Dan Barber is one of the very few people who has the audience, respect, and authority to have a far-reaching impact on the future of our food system and the ability to influence the culture of agriculture.

As a world-renowned chef and co-owner of two New York area restaurants, Blue Hill New York City, And Blue Hill at Stone Barns (about 30 miles north of the city), Dan Barber is a global authority in the food movement.  He is also the recipient of multiple James Beard awards, including Best Chef: New York City in 2006 and the Country’s Best Chef in 2009.

That same year, Dan was named as one of Time magazines 100 Most Influential People in the World. 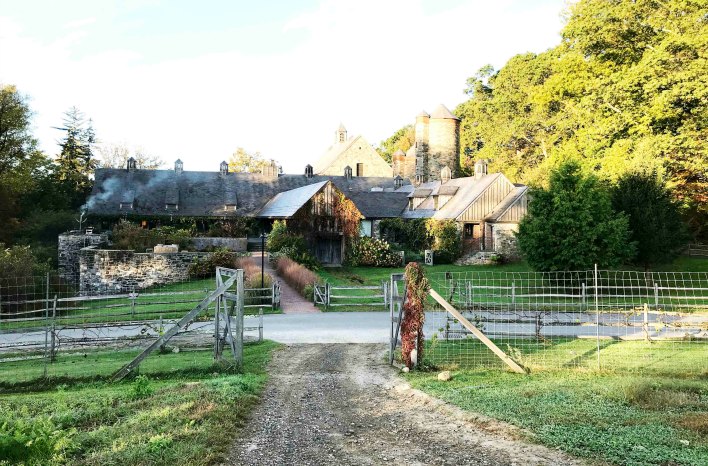 The back side of Blue Hill at Stone Barns has direct access to the organic farm used to grow much of what the restaurant serves every day.

Along with being a great chef, Dan is equally talented as a writer. His critically acclaimed book, The Third Plate, I believe it to be one of the most important books written about food, and the environment and the connection between the two.

The conversation in this podcast was taken from my interview with Dan for an upcoming television episode of our national PBS series, Growing a Greener World. But after re-listening to it (more than once), I knew this discussion was just too important not to share in its entirety,  which is why I decided to make this a stand-alone podcast episode. 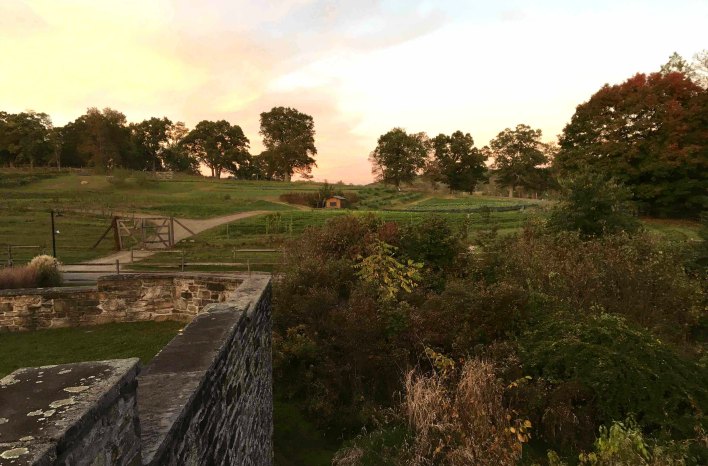 The view at sunset from the Blue Hill patio, overlooking the 7-acres of organic crop production used in the restaurant.

Our interview took place at Dan’s second restaurant, Blue Hill at Stone Barns, located on the property of Stone Barns Center for Food and Agriculture.

Our story for the television episode focuses equally on the farmer, the chef and the partnership between the two. We also wanted to provide a better understanding of how the best food, grown in the most ethical and sustainable way, starts years before the first meal is prepared. 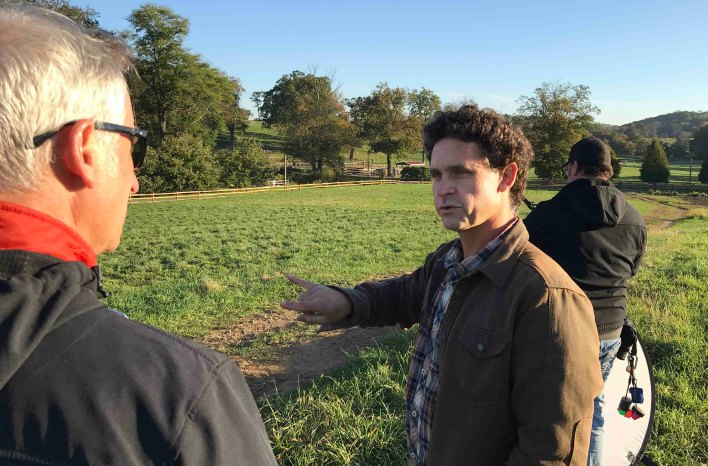 Jack Algiere was hired in 2002 before the restaurant was even open. He is a critical link in Blue Hill’s success, as well as making the connection between healthy soil and flavorful food. Here Jack explains the seven-year crop rotation cycle to Joe Lamp’l.

The main stage and best place ever to tell this story was Stone Barns Center. Its driving purpose is to advance farming principles and practices that are resilient and regenerative while cultivating a vibrant way of farming that delivers good food, grown well, to more Americans. Teaching and inspiring others to do the same is a big part of their mission and outreach.

And the restaurant, Blue Hill at Stone Barns plays a vital role in helping promote this mission; the shared goal of changing the way America eats and farms.

By focusing on soil health and fertility, crop rotations, seed quality, selections, and more, the best farm-grown food evolves to provide the best ingredients for the chef. And it’s this farm driven cuisine that Stone Barns Center and Blue Hill see as one of the essential keys to changing the American culture of agriculture.

As you’ll hear in this podcast, Dan Barber is a man who truly gets the value of where our food comes from and why that’s so important for shaping a culture around how we think about what we eat.

I hope you enjoy this conversation.

The Third Plate by Dan Barber

Book link is an affiliate link