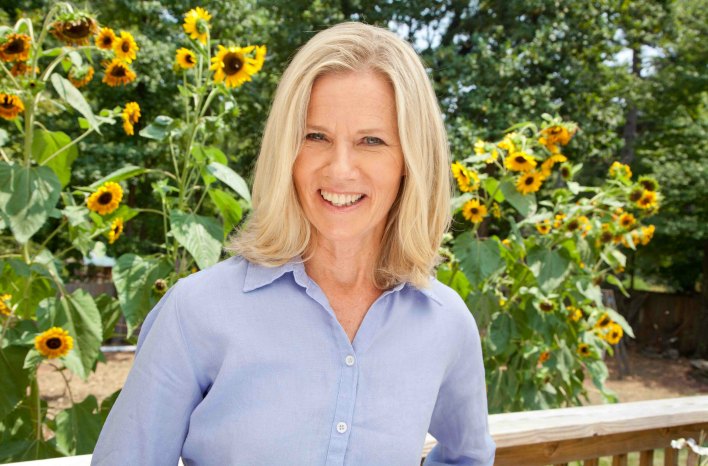 For any veteran lover of great gardening television shows, HGTV’s A Gardener’s Diary with Erica Glasener will always hold a special place. Such is the case for me.

Even though the show aired its final season in 2006, viewers long for a way to watch any or all the episodes again. Unfortunately, HGTV, the owner of the series, has not made them available for online viewing. And I have my doubts that they ever will.

The series, produced by Kathryn MacDougald and Martha Tate struck the perfect balance between interesting stories of both plants and the people that cared for them. 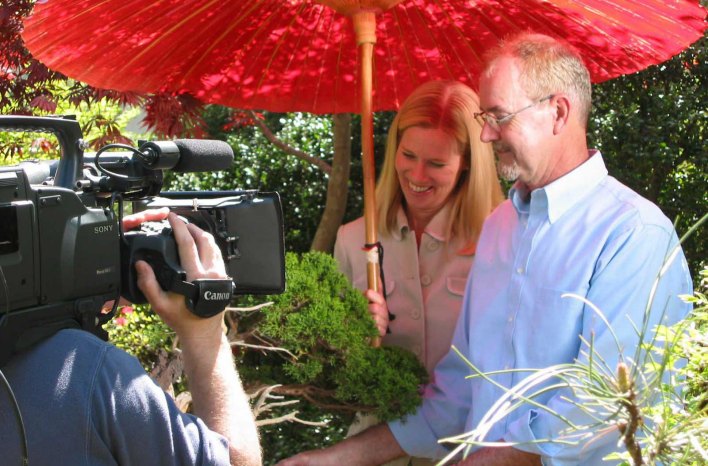 A major reason for the success of A Gardener’s Diary was the team, including Host Erica Glasener, Producers Kathryn MacDougald and Martha Tate, Field Producer Hilary Miles and Cameraman Bill Head

The conversations between host and horticulturist Erica Glasener were natural and effortless. Her genuine interest in people and her depth of knowledge for all things growing provided the secret weapon for an incredibly appealing show for gardeners and non-gardeners alike.

Like so many gardening shows of the past, A Gardener’s Diary was eventually canceled. If there was a silver lining to that news, at least that news didn’t come to this show until after 13 wonderful seasons. That’s a remarkable run for any series of any genre on any network.

After the series’ final season, Erica had no trouble picking up book offers, public appearances, and other writing projects, while staying in touch with garden professionals all over the country.

Her opportunities eventually brought her to Georgia, and to where she now lives and works in Atlanta. 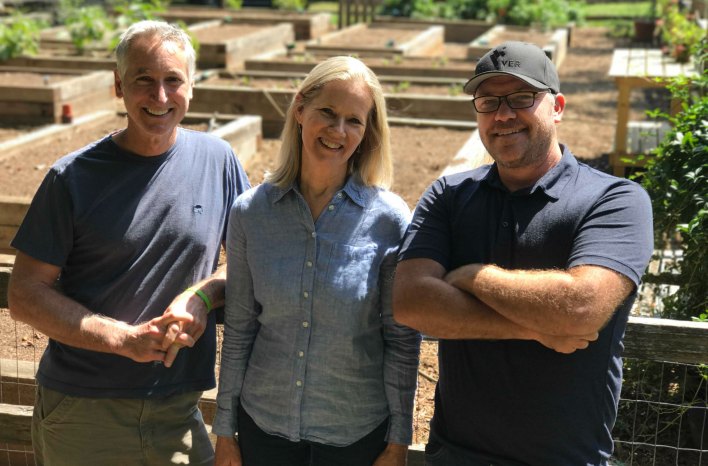 Today, we’re all celebrating Erica’s reconnection to gardening television, but not quite in the way you might think, or hope.

Recently, Erica has taken a new job, as Senior Producer of Growing a Greener World®. For those of you who don’t know, that’s the national public television series I created, host and serve as Executive Producer.

Now, we have Erica to help us with that here in Atlanta, while Co-Executive Producer Theresa Loe continues to work from Los Angeles.  We’re hard at work now on season nine, with 13 new episodes that will begin available for viewing on-air and online in mid-2018.

Will Erica be back in front of the camera ever again? Perhaps a little. But that’s up to Erica if she finds the right time and place when on location producing episodes in her new role. Her skillset behind the camera is equally as effective. And that’s where we intend to use her to the fullest extent for now. But if you find yourself loving future Growing a Greener World episodes more than ever, you might be feeling the Erica factor. And that would be just fine with me.

Who knows what the future holds. But for now, enjoy my conversation with Erica for this behind-the-scenes discussion of life on the road with HGTV’s A Gardener’s Diary.

Episode 057: What Happened to the G in HGTV?

Links to books may be affiliate links