All my Friends Know the Low Rider 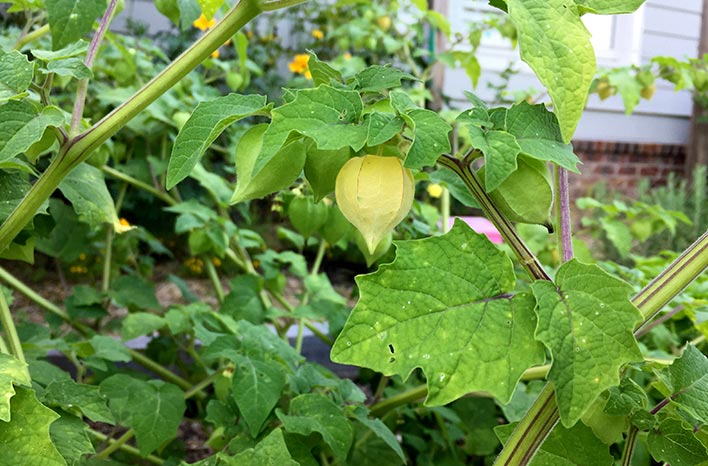 Do you know these? If you don’t, here’s the scoop.

For me they’ve been a compact plant, sticking close to the ground, and producing prolifically–but not all ripening at once. Their fruit is like a tiny tomato that doesn’t taste entirely like a tomato. The Smithsonian calls them a cherry tomato injected with pineapple and mango juice. I just call them tasty and unexpected. I sort of get the pineapple/mango thing, but really it’s more actual cherry to me. So I think I’ll go with a cross between a cherry tomato and a cherry-cherry. 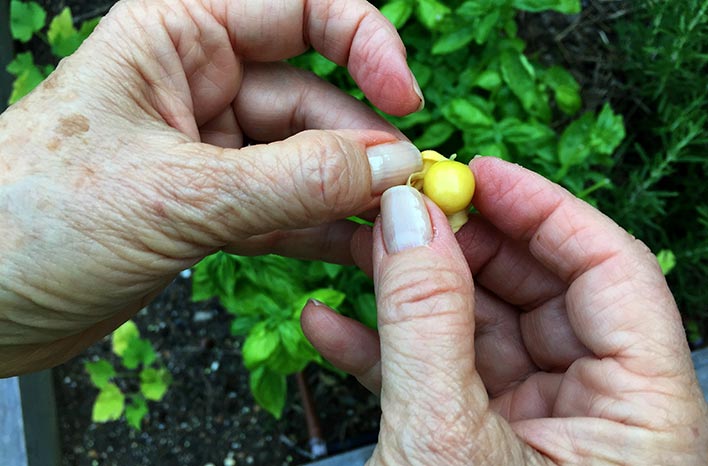 They grow inside a papery husk, just like a tomatillo. I didn’t know how to figure out when they were ripe, so we just started eating them. Turns out when the husk turns yellow they are super sweet, and that’s how we like them. I just looked online, and I guess you’re supposed to technically wait until they naturally fall to the ground, probably explaining the whole GROUND cherry thing. Ain’t nobody got time for that. Plus it’s fun to pick a handful and imagine I’m a pilgrim foraging to preserve food to feed my family of 8 through the long, cold winter…praying the salt pork will hold and that my dear husband’s waistcoat will make it one more season…

(Bitty E just awoke. She’s wondering if I could forage her up a pack of instant oatmeal.)

So far I’ve had zero problems with pests being interested in them. My biggest problem has been their good ol’ American gumption. 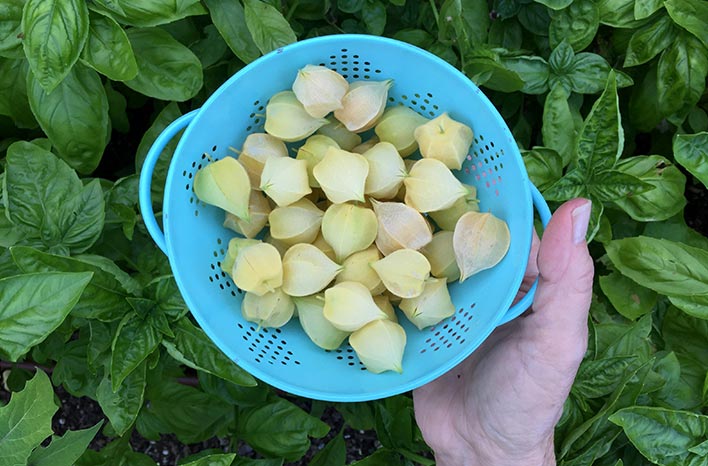 You see, they’ve got a real can-do attitude. A volunteer spirit, if you will. So much so that I find them all over my yard. The good news is I’ve gotten way better at identifying a ground cherry seedling, so I just dig them out of the flower bed or middle of my lawn and transplant them.

I probably have 4 feet of plants, a foot and a half wide, with about a dozen or so crammed into the space, and I keep wavering as to what I want to do the next season. If I planted more, I would obviously be able to get enough fruit at once to do something with, but do I really want to commit the space to ground cherries? Especially when I don’t know if I will like whatever I can make with them? 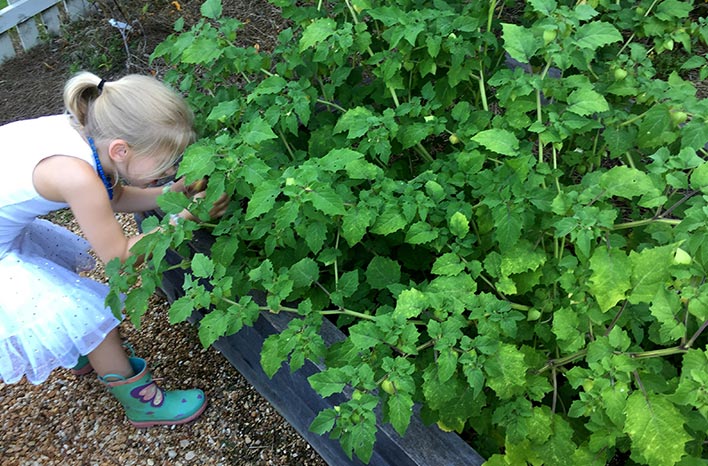 They sure are delicious right off the plant, and oh how I love growing things I can’t find in the grocery, but wouldn’t it be handy to do something with them, like make a pie or a chutney. There’s a word that’s super fun. Not as awesome as blubber, far better than dollop… chutney. chutney. chutney. (You know you’re doing it. And if you’re not…go eat another Werther’s…)

If you’ve got a yummy and trusted recipe for something that might work with ground cherries, would you say so in the comments? Nothing I hate more than a Yankee Doodle Pinterest fail. Not that I’ve had many. Unless you count 673 as many.

(While we’re on the settlers train, is anyone watching Turn: Washington’s Spies? If you’re not, you need to jump that train as it’s bound for Awesomeville. Great story, cool historical accuracy, the best villain on TV, and a good reminder to be thankful for your dishwasher. But it’s almost over as a series, so don’t pick up with the TV…you’ll want to start from the beginning. David and I are big fans.)

Look at me, being all recommendy today.

Settlers in the garden and on your TV. They’re delish. Give ’em a go.

It is said you will be pleased.